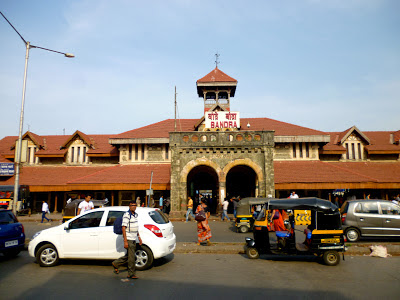 A Saturday with not much to do - so Lex and I decided to do one of the walks from the book Heritage Walks of Mumbai.  We decided we'd start with the Bandra walk as it was the closest to us and we'd see how easy it was to follow the book.  Bandra was originally a Portuguese settlement in the 1500s, was later taken over by the British East India Company and later became known as the "Queen of the Suburbs" and was the place where the rich of Mumbai owned a villa or beach house. The walk began at Bandra Railway Station which I thought had a very British feel to it.  If it wasn't for the tuk-tuk and the woman in a sari, this could have been a station somewhere in the UK. 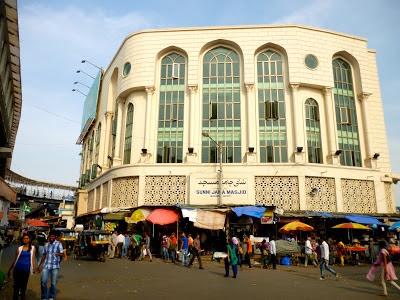 From the station we walked by Bandra Masjid (mosque) and the surrounding market and then past Bandra Police Station into Hill Road - which the guide book told us was Bandra's first real fashion street with department stores, shopping centres and roadside vendors.  To be honest I didn't really find this area as much of a "fashion mecca" as described. 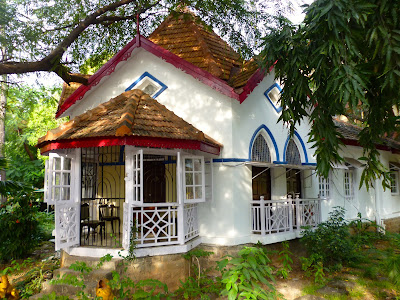 Some way down Hill Road we took the diversion into Chapel Road, an old Christian enclave with many brightly coloured houses and old bungalows.  A lot of this area has really fallen into decay of late, but some of the bungalows are still worth looking at.  The style of the houses were modelled on a Portuguese layout with sloping roofs, external wooden staircases, verandahs and balconies.  Crosses are seen everywhere, at street corners and in front of the houses. 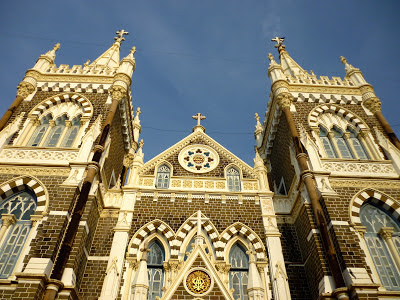 Back on the route again we walked up the hill to Mount Mary's Church - originally constructed by the Portuguese in 1640 and enlarged at the turn of the last century.  This area is full of people at the time of the Bandra Fair in September each year, but was fairly quiet when we walked up here yesterday. 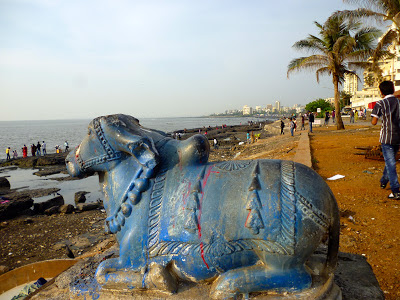 After a quick stop at the church, we continued down the hill to Bandstand, a road that runs along the rocky coast.  This area got its name from the bands that played here for local residents - the bandstand is now derelict.  However there were many families and couples sitting by the shore or in the small parks along Bandstand. 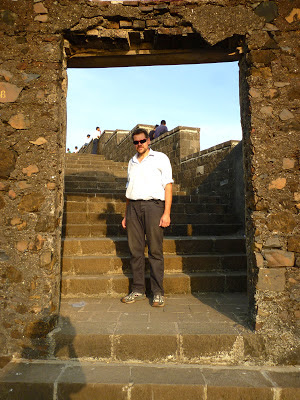 We continued along Bandstand towards Land's End.  We walked past the Taj hotel and up to the
Castella de Aguado (Bandra Fort). The fort dates back to the 1600s, though is now a ruin.  From Land's End and the fort, however, there are great views across to South Mumbai and the Sea Link. 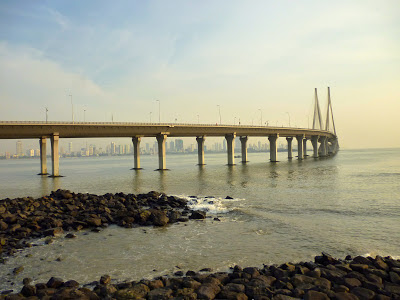 Mumbai, as an island city, was once guarded by forts built by the Portuguese and British along the coast.  The guide book asked us to imagine what it was like for a Portuguese solder 400 years ago to be along in an alien, tropical land, trying to hang onto a patch of valuable property for his king and country. 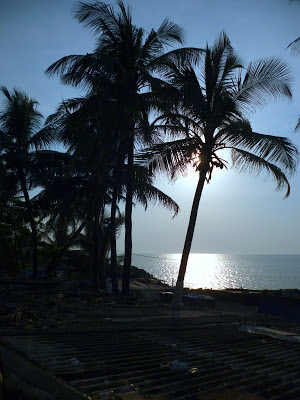 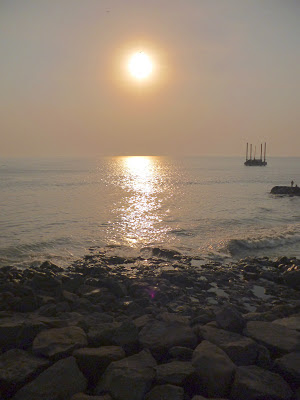 We'd walked for a couple of hours by this point, and after walking back along Bandstand and taking some more photos we decided we jump in a tuk-tuk to Mocha Mojos and get a drink.  After that we walked to Suzettes for some delicious crepes.

Posted by Maggie Hos-McGrane at 1:04 AM

Email ThisBlogThis!Share to TwitterShare to FacebookShare to Pinterest
Labels: Days Out